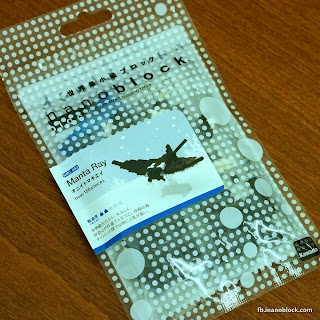 Manta rays are large eagle rays belonging to the genus Manta. The larger species reaches 7 m (23 ft) in width. They have triangular pectoral fins, horn-shaped cephalic fins and large, forward-facing mouths. Mantas can be found in temperate, subtropical and tropical waters.  More information can be found in Wikipedia.

The nanoblock Manta Ray is a small set consisting of 150+ pieces of bricks and a piece of instruction sheet as shown below. 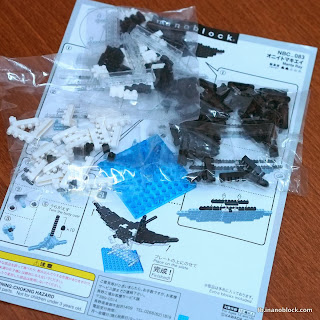 What I found interesting about this set is the number of 1x4 rounded edge bricks in white and black. You can see them in the photos below. There are a few pieces of black 1x3 rounded edge bricks too. If you are looking for these bricks for your own custom projects, this would be a good set to grab.

This nanoblock set is quite straight forward to build. There is nothing really tricky here. Below are photos of the build process. 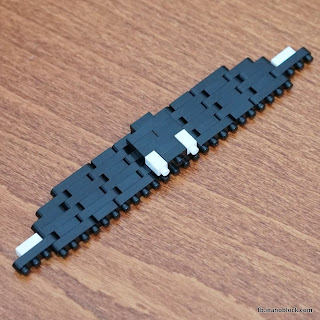 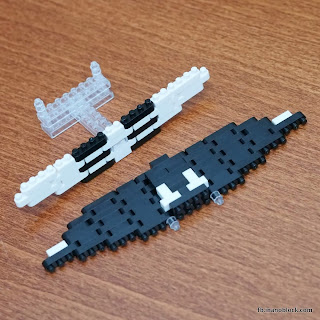 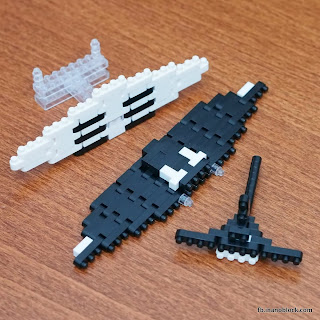 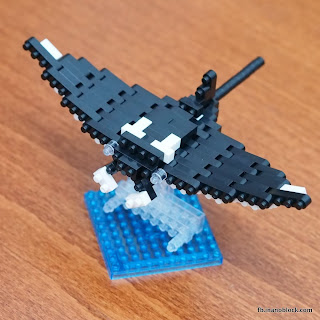 The completed Manta Ray is mounted on a stand made of clear bricks. Personally, I wish they had designed a smaller stand so that it does not stand out as much. The design of the Manta Ray itself is nice. Use of rounded-edge bricks in the design allows the wing-like fins to curve. 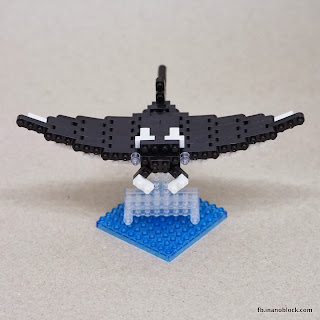 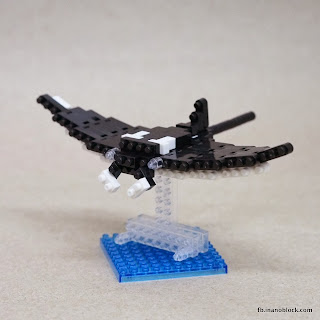 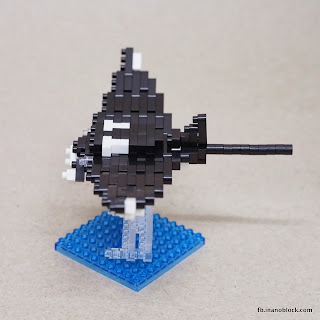 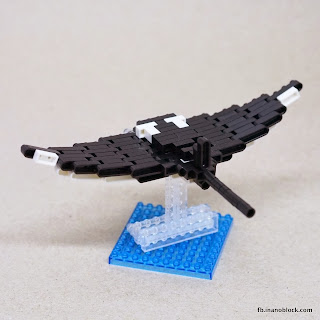 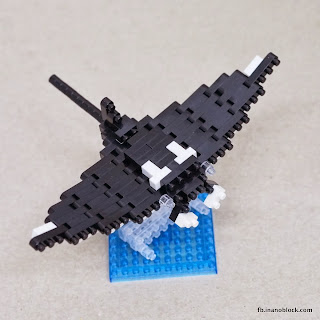 You can find this item in Plamoya and Amazon.

Posted by Chris Nanoblock at 12:32 pm