The Cathedral of the Protection of Most Holy Theotokos on the Moat or Pokrovsky Cathedral are official names for a Russian Orthodox church in Red Square in Moscow. The church is also called the Cathedral of Vasily the Blessed, anglicized as Saint Basil's Cathedral. It was built from 1555–61 on orders from Ivan the Terrible and commemorates the capture of Kazan and Astrakhan. More info on Wikipedia.

This nanoblock miniature of this popular landmark comes in a fairly small box. In the box, you will find an instruction sheet and around 490+ pieces of bricks as shown below. A nice improvement in this new nanoblock set (compared to most of the older sets) is that the instruction sheet now lists the bricks used in each step. This makes it easier to understand and less likely to use the wrong brick during construction. 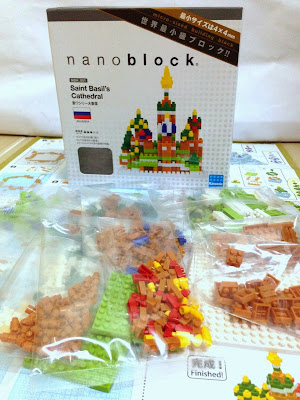 Building this set is fairly easy. The only thing that needs some care and attention is in step 19. Take note of the position and direction when placing the roof. 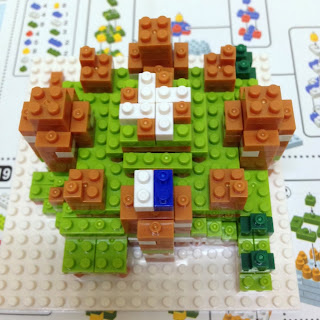 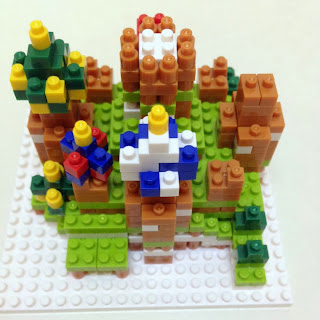 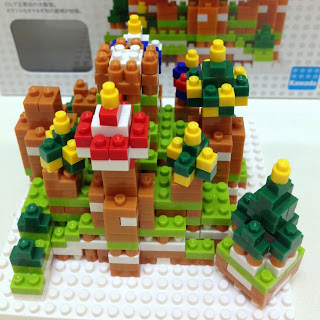 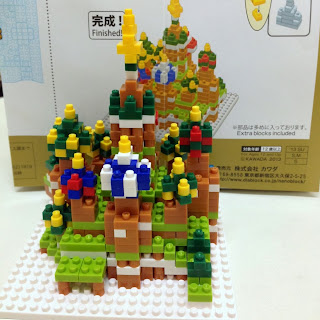 Here are more photos of the completed nanoblock Saint Basil's Cathedral. I like this nanoblock set because it is very colourful and this is a popular tourist attraction in Russia. 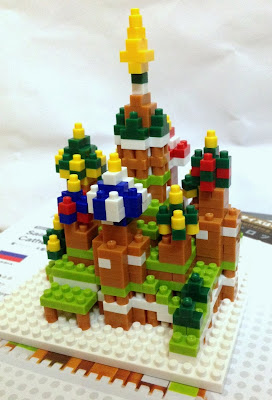 Note: This nanoblock set is available in Plamoya and Amazon.

Posted by Chris Nanoblock at 9:00 am