My XL nanoblock Daruma and Fukusuke


The Daruma doll, also known as a Dharma doll, is a hollow, round, Japanese traditional doll modeled after Bodhidharma, the founder of the Zen sect of Buddhism. These dolls, though typically red and depicting a bearded man (Dharma), vary greatly in color and design depending on region and artist. Though considered an omocha, meaning toy, Daruma has a design that is rich in symbolism and is regarded more as a talisman of good luck to the Japanese. Daruma dolls are seen as a symbol of perseverance and good luck, making them a popular gift of encouragement. - From Wikipedia 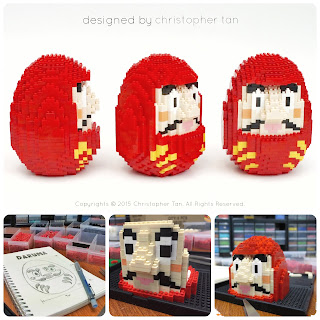 A Fukusuke doll is the depiction of a man kneeling seiza style, with a large head and a topknot. It was originally a doll enshrined in tea houses in the Edo period to bring good luck. In those days, it was considered that Fukusuke would bring "perennial youth, wealth and honor." - From Wikipedia 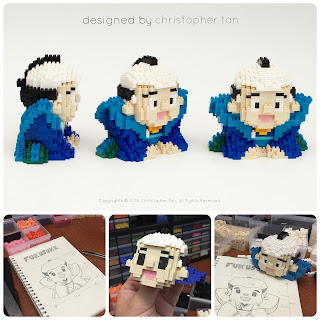 Posted by Chris Nanoblock at 12:09 am No comments:

Check out my interview with Stuff magazine here. Thanks Elissa for doing the interview =) 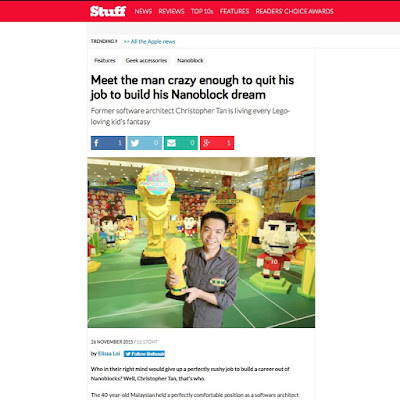 Posted by Chris Nanoblock at 11:53 am No comments:

Full Coverage of My Exhibition in Singapore

Here's the full video of my latest nanoblock art exhibition in Liang Court mall in Singapore! =D ... See the setup till wee hours of the morning, the crowd who came to see the exhibition, the gathering with fans and more!

Thank you so much to all my fans for the fantastic support! It felt awesome to be there! ^^ ... and big thanks to Liang Court's amazing team for pulling it all together!


Check out this wonderful write up about the event and the fantastic photos by Dejiki.com!


You can also hear the radio ad on Kiss FM Singapore for this event here:
Posted by Chris Nanoblock at 1:13 pm No comments:

Gathering with Fans in Singapore

Hi guys, as you probably already know, I will be in Singapore for my exhibition in Liang Court mall from Nov 21-22. So, let's have a gathering of nanoblock fans! =D ...

It will be held in the exhibition area at the atrium of Liang Court mall. There will be tables and chairs there =) ... Special thanks to Liang Court for letting us use the venue.

I will talk about what's been going on and my future direction. We will have Q&A session and also a lucky draw to win some nanoblock! =D ... Hehehe ... Looking forward to see all of you! =D

Posted by Chris Nanoblock at 3:33 pm No comments:

My App Is Out Now!

There were some delays, but my app is finally out on both the Apple App Store and the Google Play Store! =D ... The app contains my profile, portfolio of my work, my latest blog posts, build instructions, videos and more. It works on smartphones and tablets too! Try it out now! 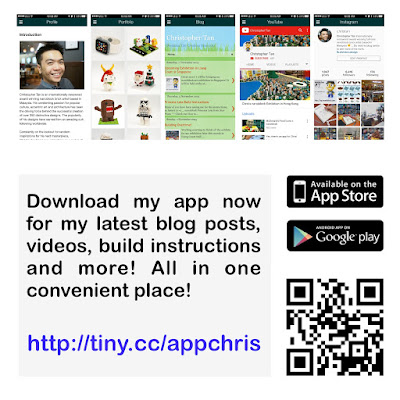 Posted by Chris Nanoblock at 11:14 am No comments:

Great news! I will be bringing my nanoblock art exhibition to Singapore! It will be held at the atrium of Liang Court mall from Nov 21-22, 2015.

I will exhibit over 100+ of my creations there, plus many others that are commissioned specially for this event =D ... so, mark your calendars now and invite all your friends and family! =D

There will also be contests running on those two days where you stand a chance to win nanoblock  prizes and shopping vouchers!

Are you ready? =D  ... Click here to join the Facebook Event for this exhibition to stay updated! 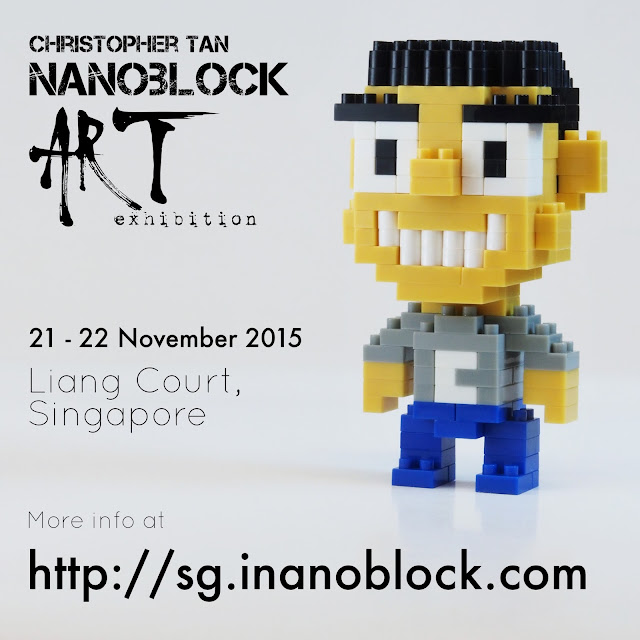 Posted by Chris Nanoblock at 2:10 pm No comments:

Many of you have been asking me for the instructions, so here it is =) ... nanoblock Princess Leia from Star Wars ^^

Check out How to Build Princess Leia With Nanoblock by Christopher Tan on Snapguide.

Posted by Chris Nanoblock at 2:36 am No comments:

Working overtime to finish all the exhibits for my exhibition later this month in Liang Court mall, Singapore from Nov 21-22, 2015 =D ... apart from my exhibition, there will be other activities like nanoblock building contests, so keep yourself free that weekend okay? ^^ ... 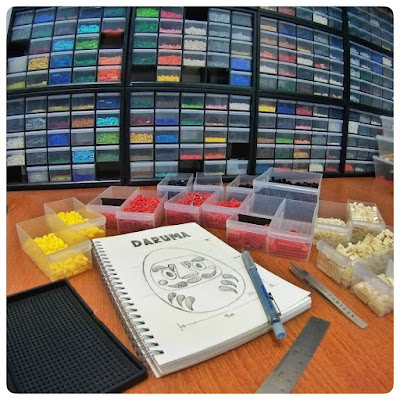