Thanks to The Malaysian Insider for doing this interview and Pik Kuan for the nice write up =D ... Much appreciated! 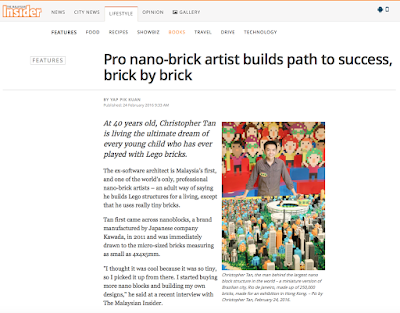 Posted by Chris Nanoblock at 12:44 am No comments:

Thanks to Says.com for the wonderful writeup =D ... The article has already gotten close to a thousand likes ^^ ... Check it out here. 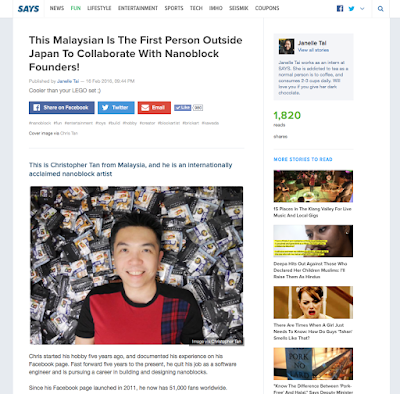 Posted by Chris Nanoblock at 1:32 pm No comments: 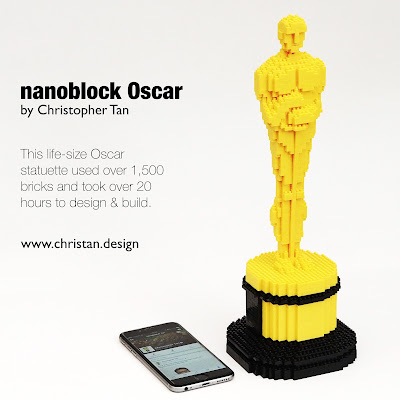 More info about the Oscar Statuette over here : http://www.oscars.org/oscars/statuette

Posted by Chris Nanoblock at 2:38 pm No comments: 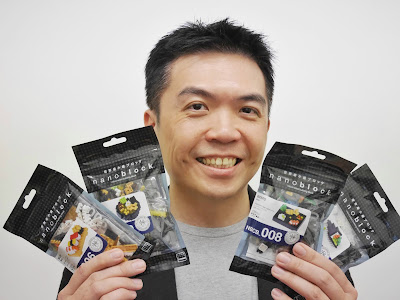 
Internationally renowned award-winning Malaysian nano brick artist Christopher Tan releases his own designs as official nanoblock sets in Malaysia, Singapore and Indonesia. In this first ever collaboration between an independent artist outside Japan with Kawada, the makers of nanoblock, Chris brings us a series of four nanoblock Japanese Food items - Sushi, Bento, Ramen and Temaki.

Only 3,024 of each item is being released, making them highly sought after limited release collectibles for nanoblock fans worldwide. They are available now in Malaysia at Kinokuniya, Aeon, Toys R Us, Hamleys, Popular, Isetan and other stockists, and retail at RM39.90 each.

Chris has been a full-time nano brick artist for over two years now, having started building with nanoblock over five years ago as a hobby. “It is like a dream come true to be able to finally have my own creations released commercially as official nanoblock sets" says Christopher, obviously overjoyed.

Over the years, Chris has grown a huge fan base of over 51,000 fans worldwide on Facebook (facebook.com/christan) and many more on other popular social media channels.

He has been involved in various international collaborations, most recently with Hong Kong film director Pang Ho-Cheung to create a limited edition Christmas gift. Last year, Chris had a successful art exhibition in Liang Court mall in Singapore and two art exhibitions in Malaysia in conjunction with AniManGaki 2015 and C2AGE 2015. In 2014, he had an exhibition in East Point City in Hong Kong during the World Cup season where he was involved with the design and construction of the largest nanoblock creation in the world, using over 250,000 bricks.

You can find out more at http://www.christan.design

nanoblock is an extremely micro-sized building block by Kawada, Japan. The smallest part is a mere 4x4x5mm in size. More information at: http://www.diablock.co.jp/nanoblock 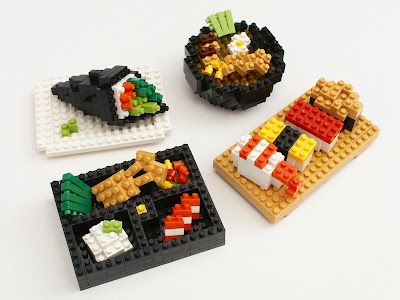 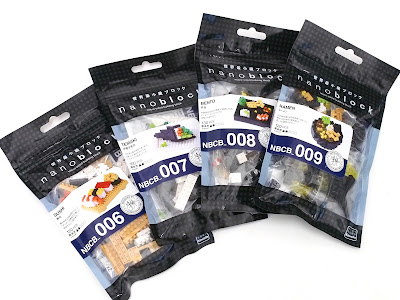 Posted by Chris Nanoblock at 5:59 pm No comments:

Happy Chinese New Year to all my Chinese fans =) ... Here's wishing you immense joy and prosperity in the the year ahead! ^^ ...

It took around 500 bricks and 2 days of my time to design. Getting the head to look right took a lot of time, as I had to go through several iterations until I was happy with the level of detail that I was able to capture ^^ 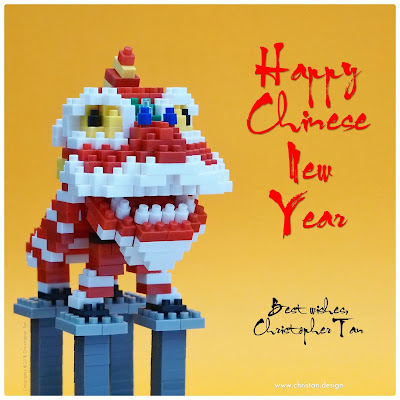 Posted by Chris Nanoblock at 11:51 am No comments: 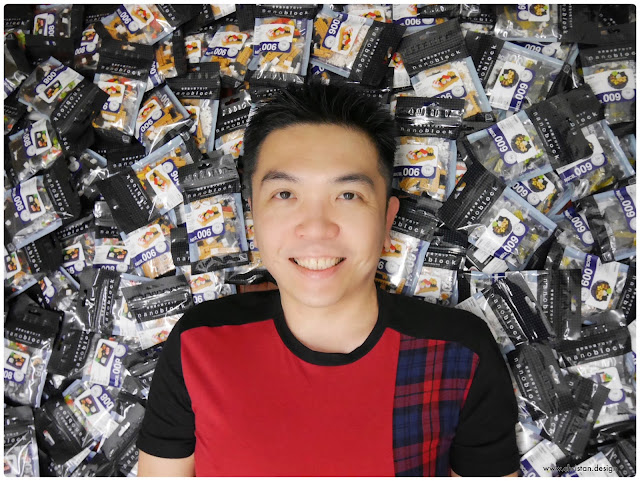