nanoGauge is the new motorised train set from Kawada that is based on nanoblock. It is currently only officially released in Japan, so I ordered mine from Plamoya for around USD130 (excluding shipping). The box is huge, so shipping costs a bomb! 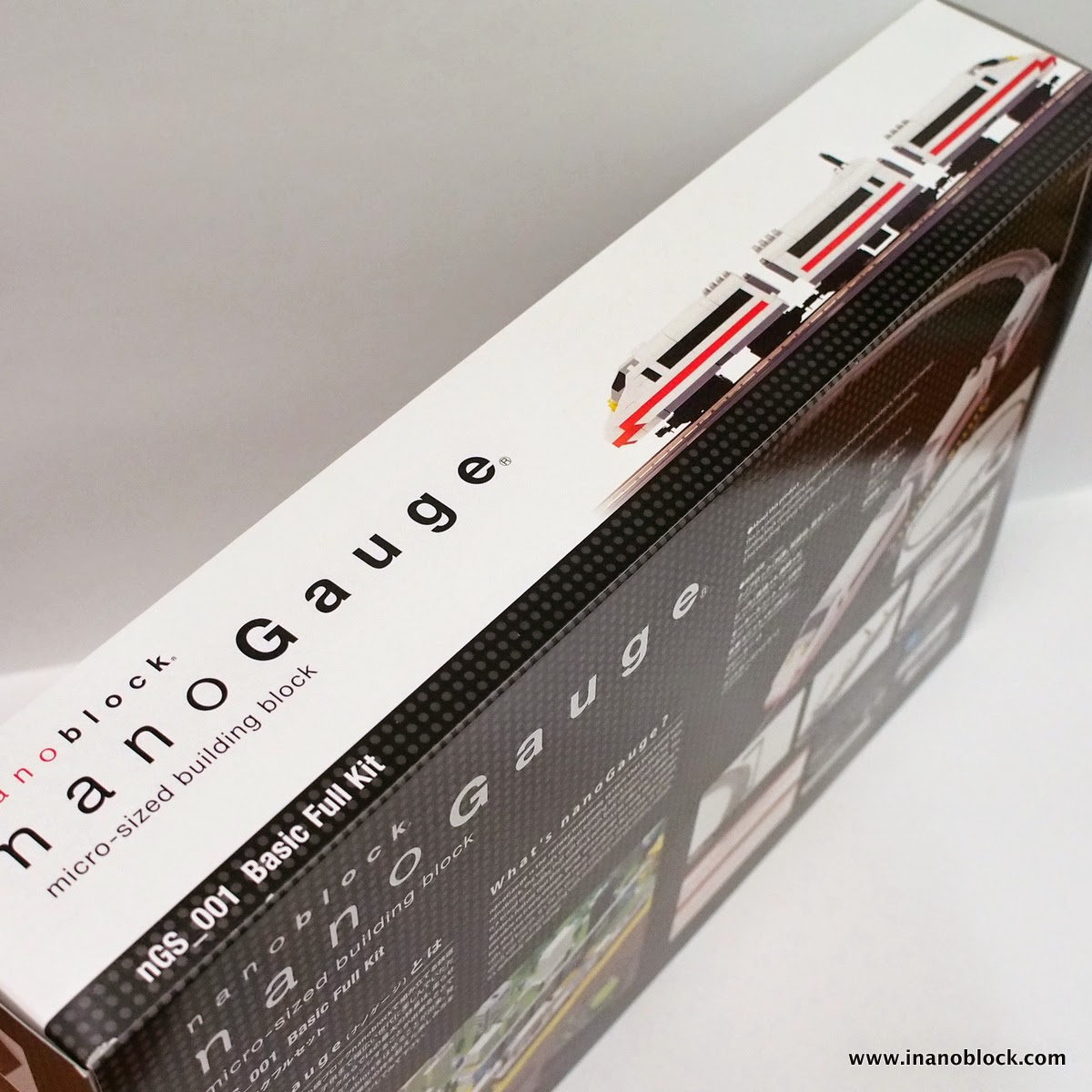 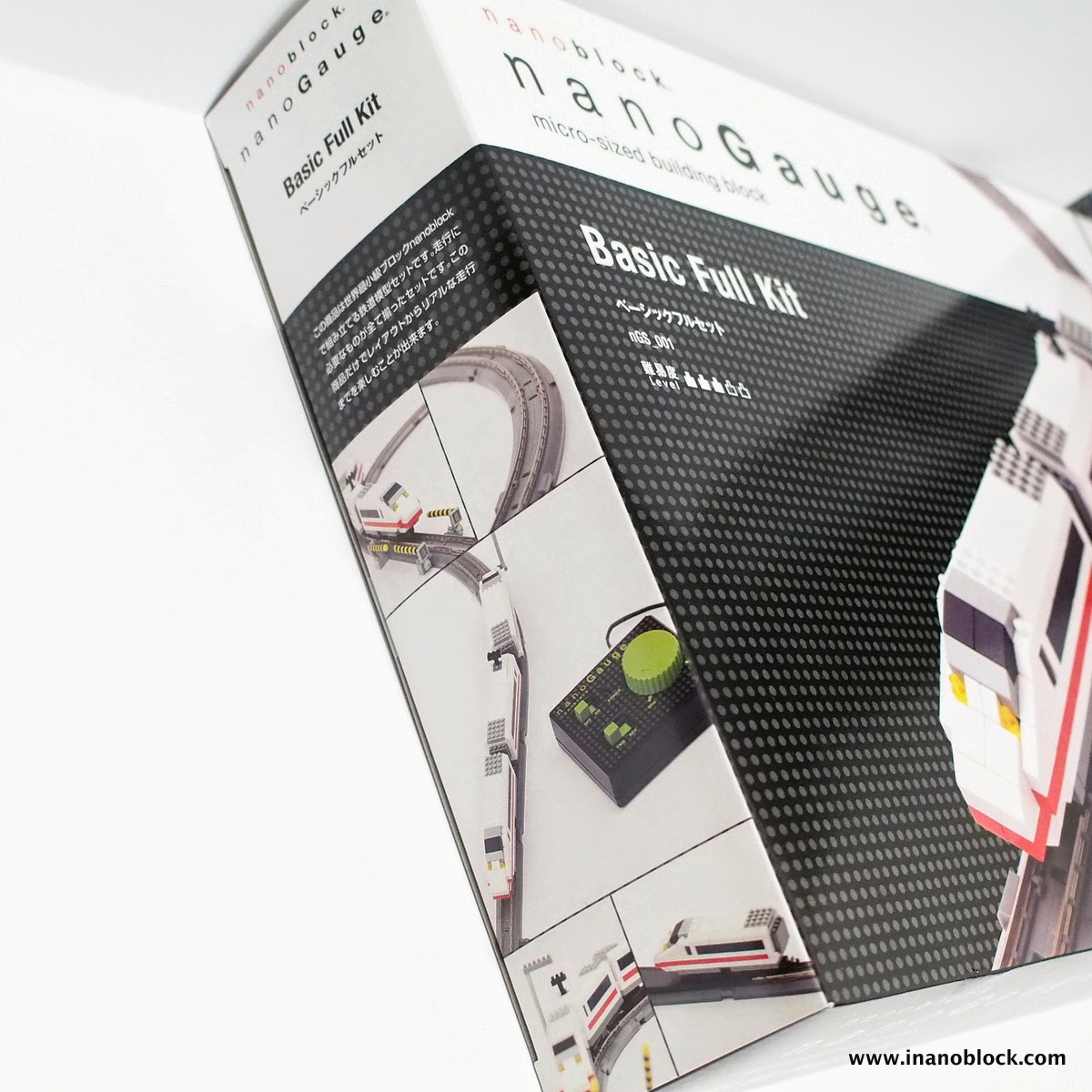 This set comes with everything you need to get started, including the user manual, train build instructions, tracks, motor and bogie units, controller, power supply and of course, nanoblock bricks to build the actual train itself. I will go through all the items in more detail below.

The user manual is a single large sheet of paper and it tells you everything you need to know to get your nanoGauge set working, so it's fairly simple to set it up.

The controller unit allows you to control the running of the train. You can control both the direction and speed of the train. An AC power adapter that uses 100-240v is provided, so it should be supported everywhere. Yes, this thing runs on AC power, not batteries.

There are 8 curved and 4 straight track sections and that is enough for you to build a reasonable sized track. They slide and click into place quite nicely, and each section has two points where you can actually attach nanoblock bricks under and that is also the place where you can attach the cable that connects to your controller. These things can't bend much, so if you want to create a track with portions that are elevated, you will need a very very long track.

The train itself is quite simple, but I am sure you already knew that looking at the amount of bricks above. Even though they rated the difficulty at Level 3, I think it is more like a Level 2 at most. What is interesting though, is that Kawada introduced a bunch of new of brick types with nanoGauge. As you can see below, most of them are slated bricks and their purpose is to allow us to build more aerodynamic looking trains.


Part 2 of this review will look into the building of the train and my thoughts about nanoGauge.

Posted by Chris Nanoblock at 1:04 pm