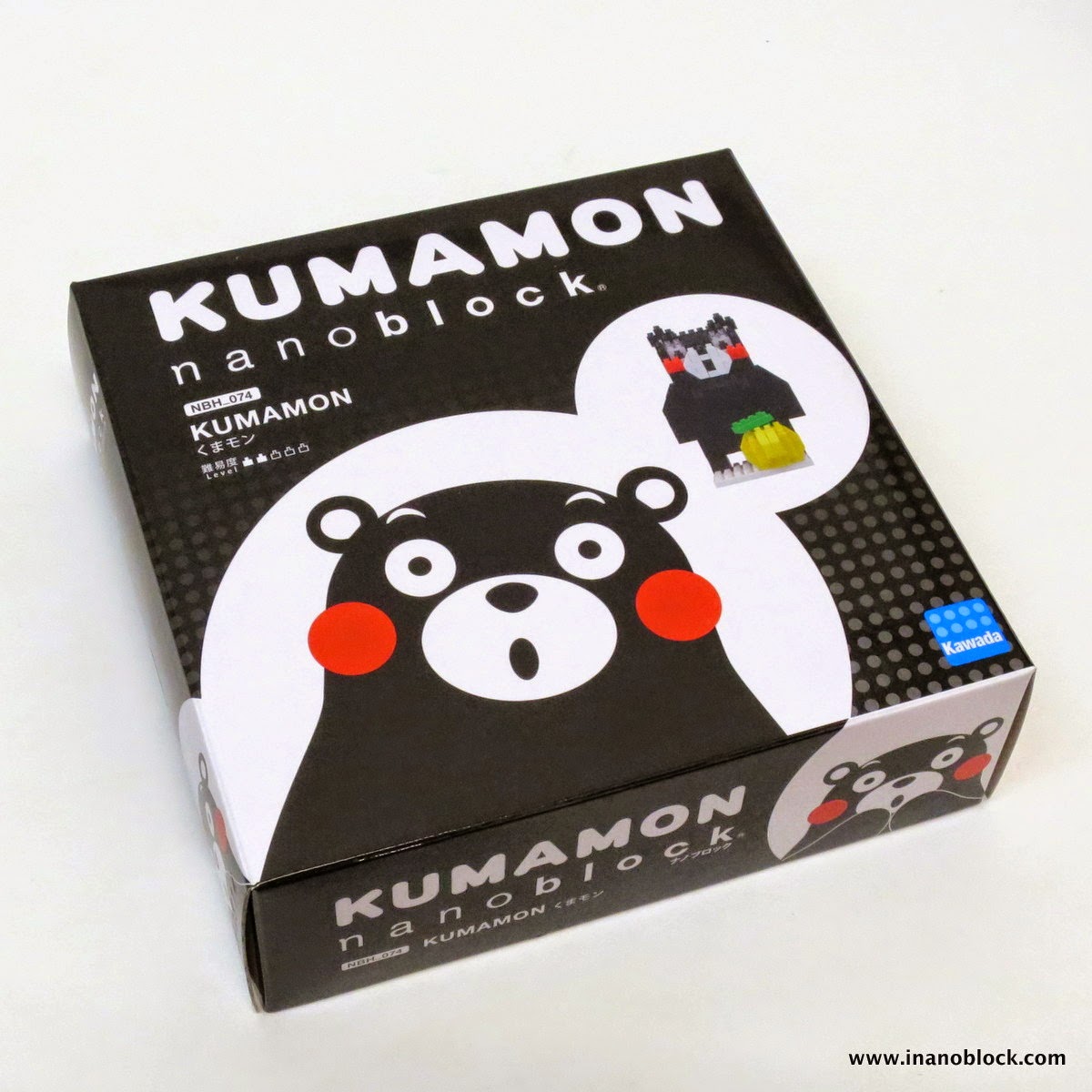 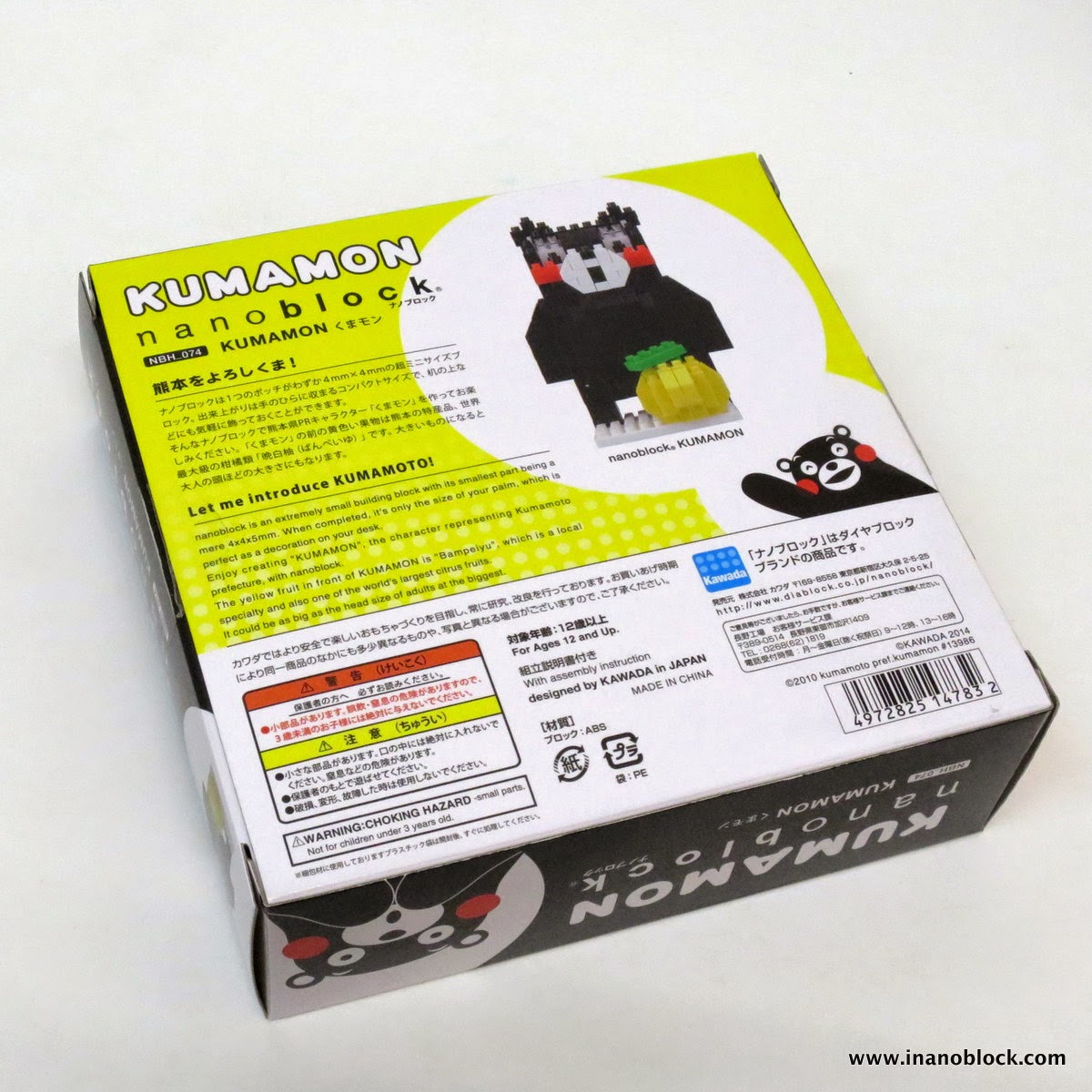 Kumamon is a mascot created by the government of Kumamoto Prefecture, Japan. He was first created in 2010 for a campaign called Kumamoto Surprise to draw tourists to the region after the Kyushu Shinkansen line opened. Kumamon subsequently became nationally popular, and in late 2011, was voted top in a nationwide survey of mascots, collectively known as Yuru-kyara, garnering over 280,000 votes. More info from Wikipedia.

This Kumamon nanoblock set is only available in Japan, and I bought it when I was in Tokyo recently. They are sold in most places that sells nanoblock, like Bic Camera, Yodobashi, Loft, etc. The box does not mention the number of bricks included in this set, but you can see from the photo below that it does in fact come with quite a lot of bricks. 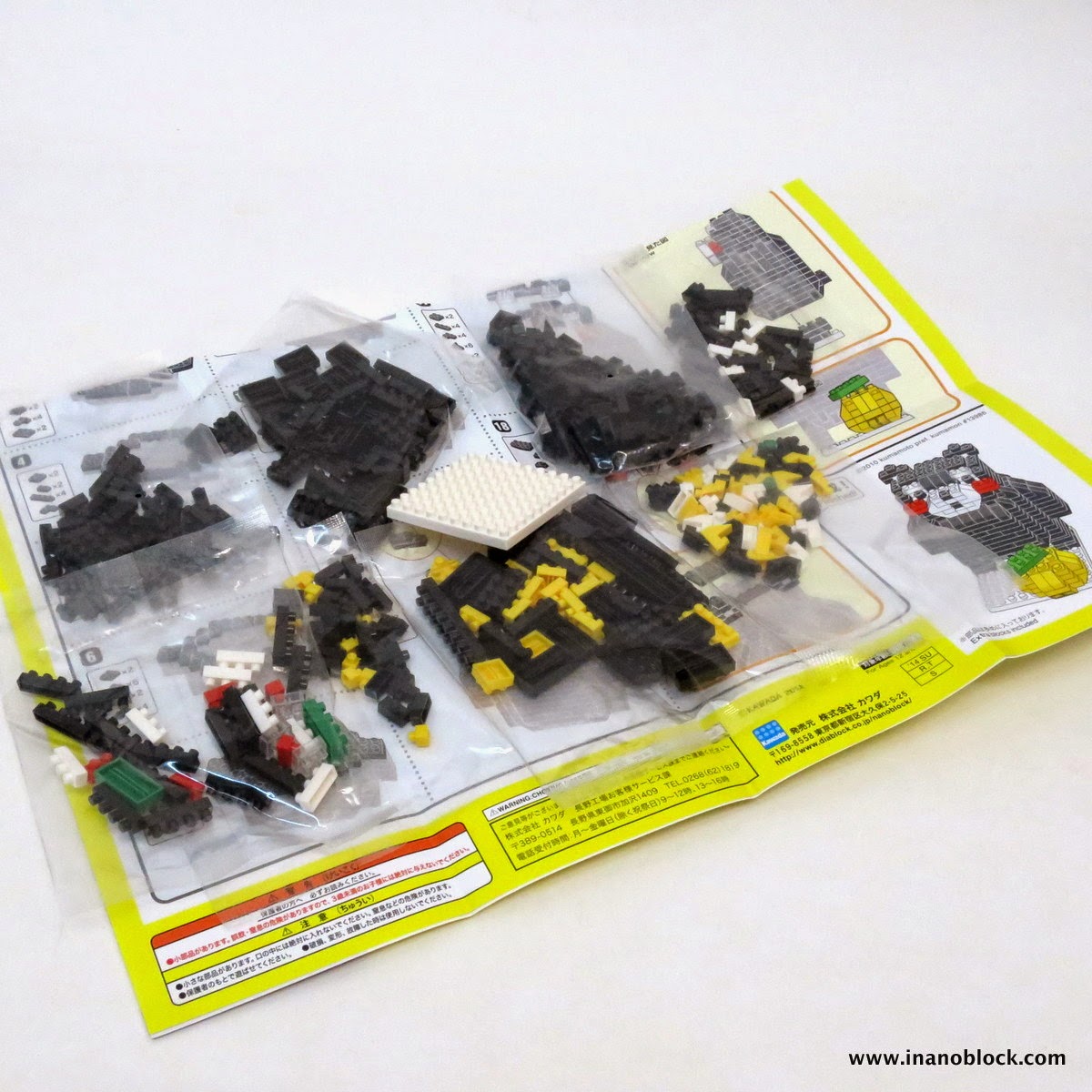 You can see photos of the finished build below. 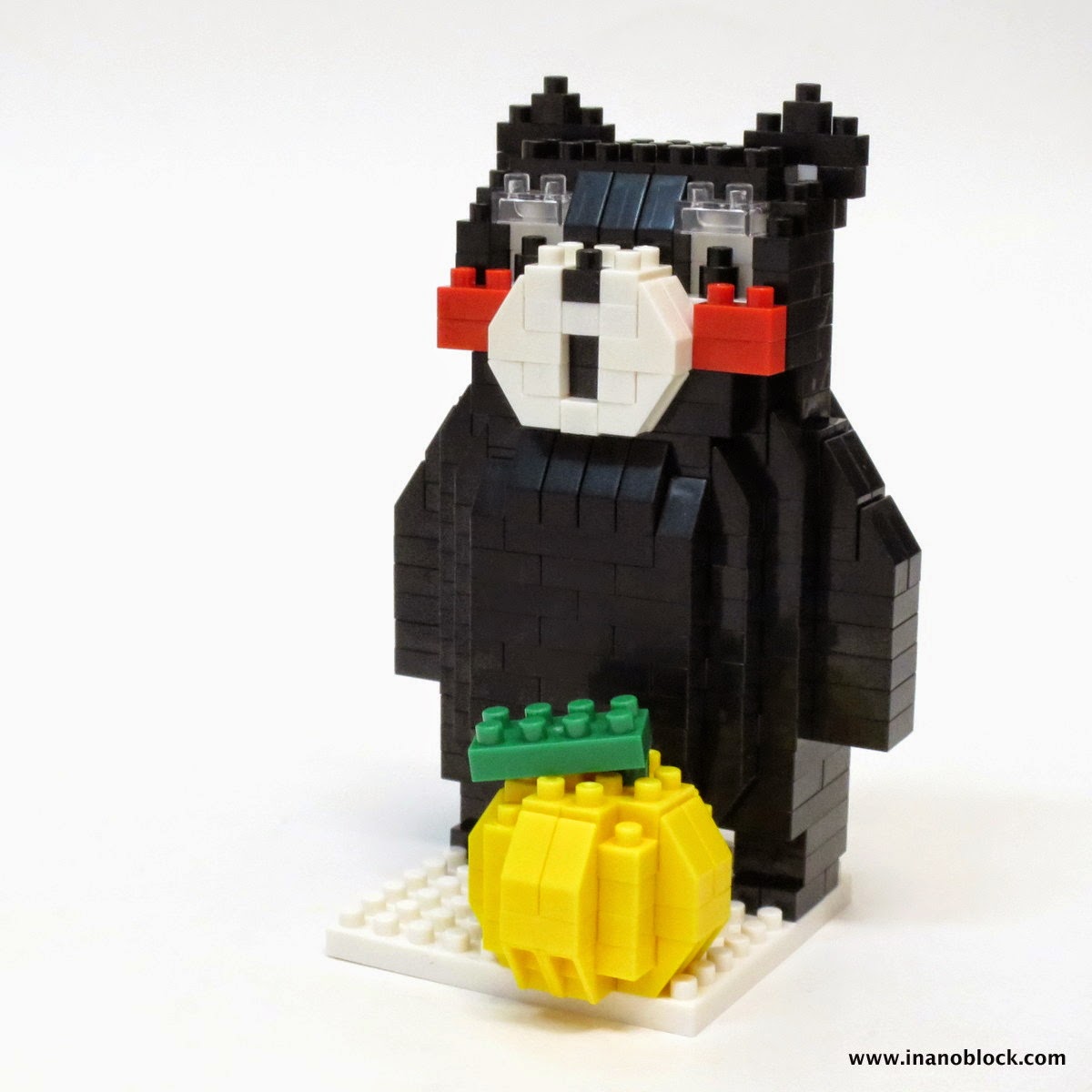 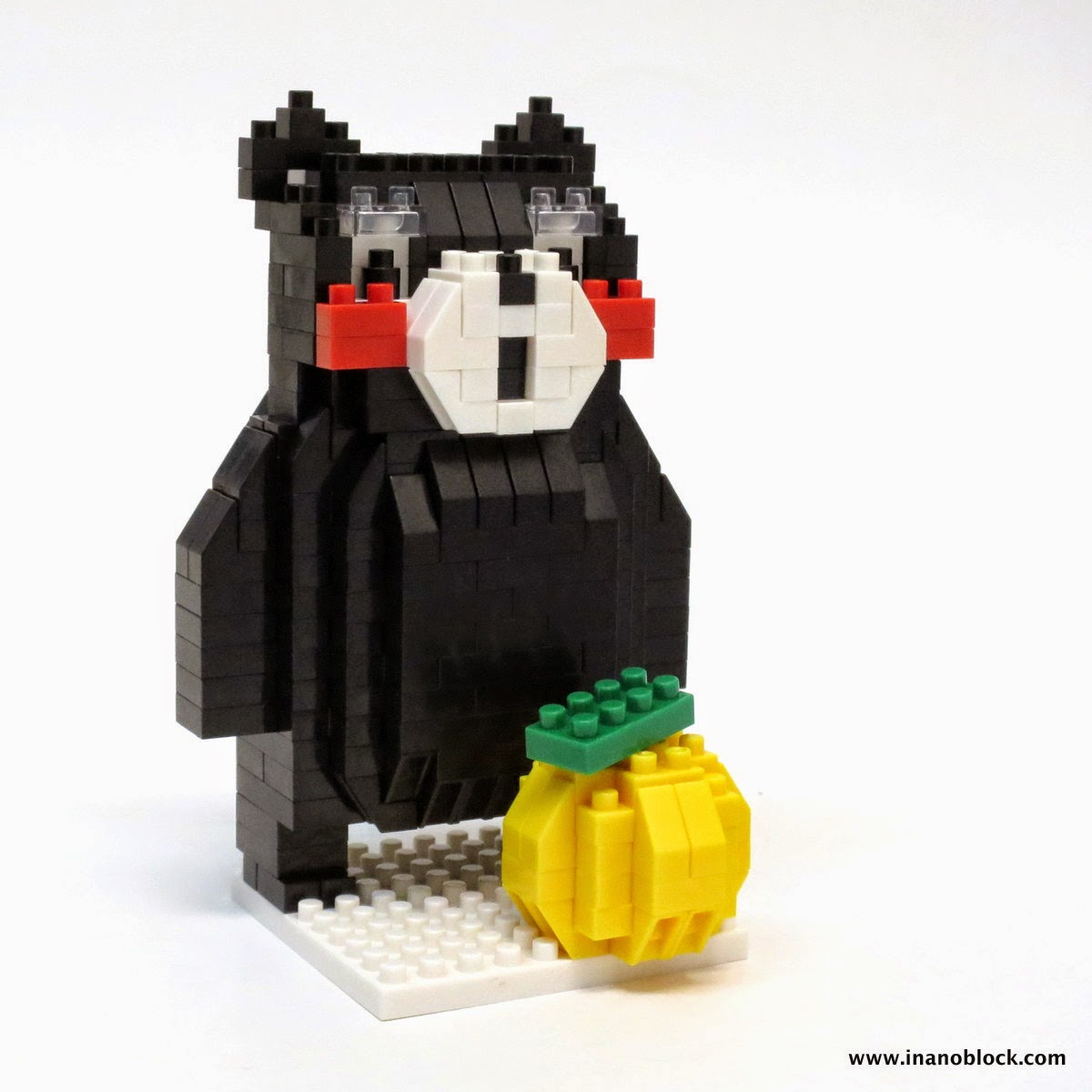 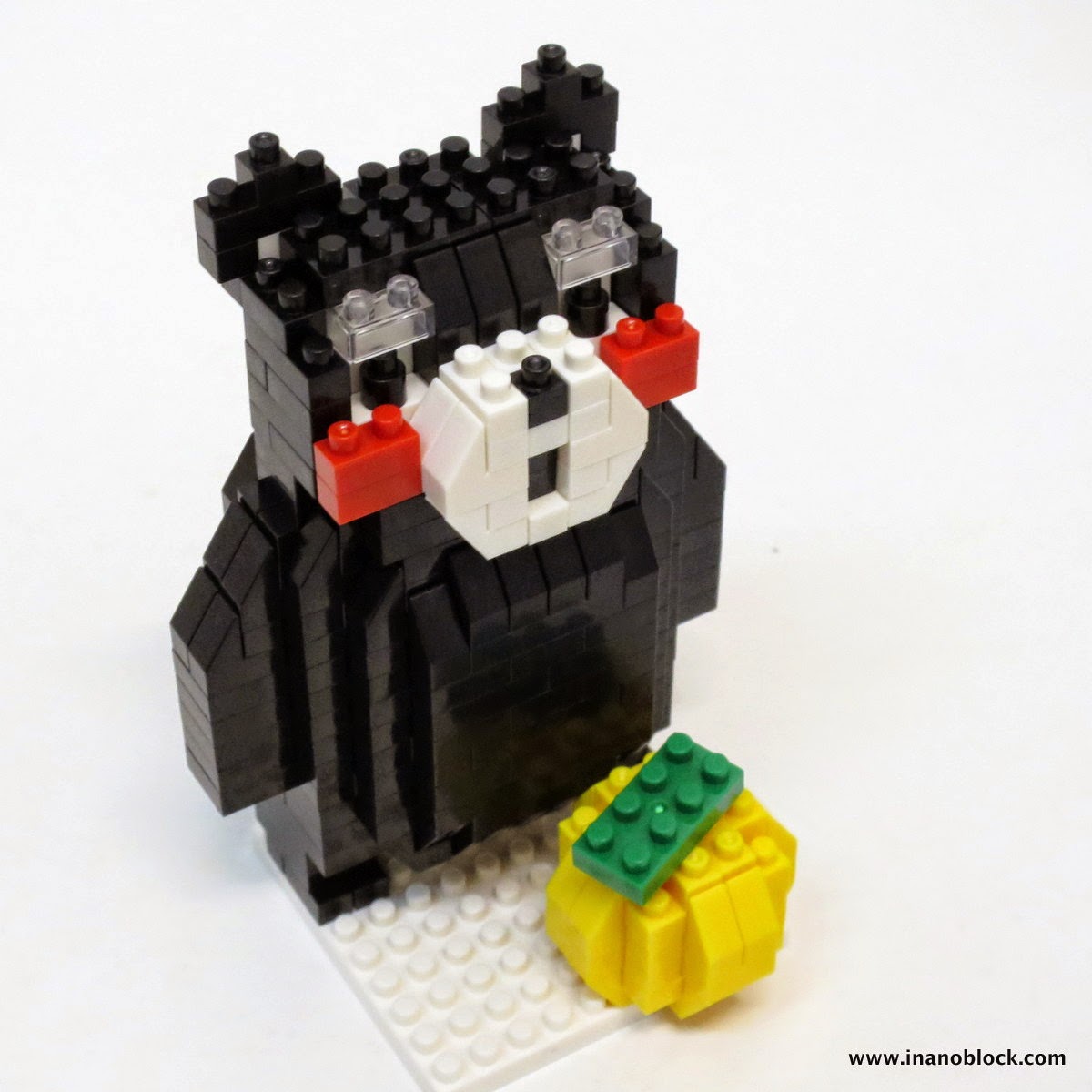 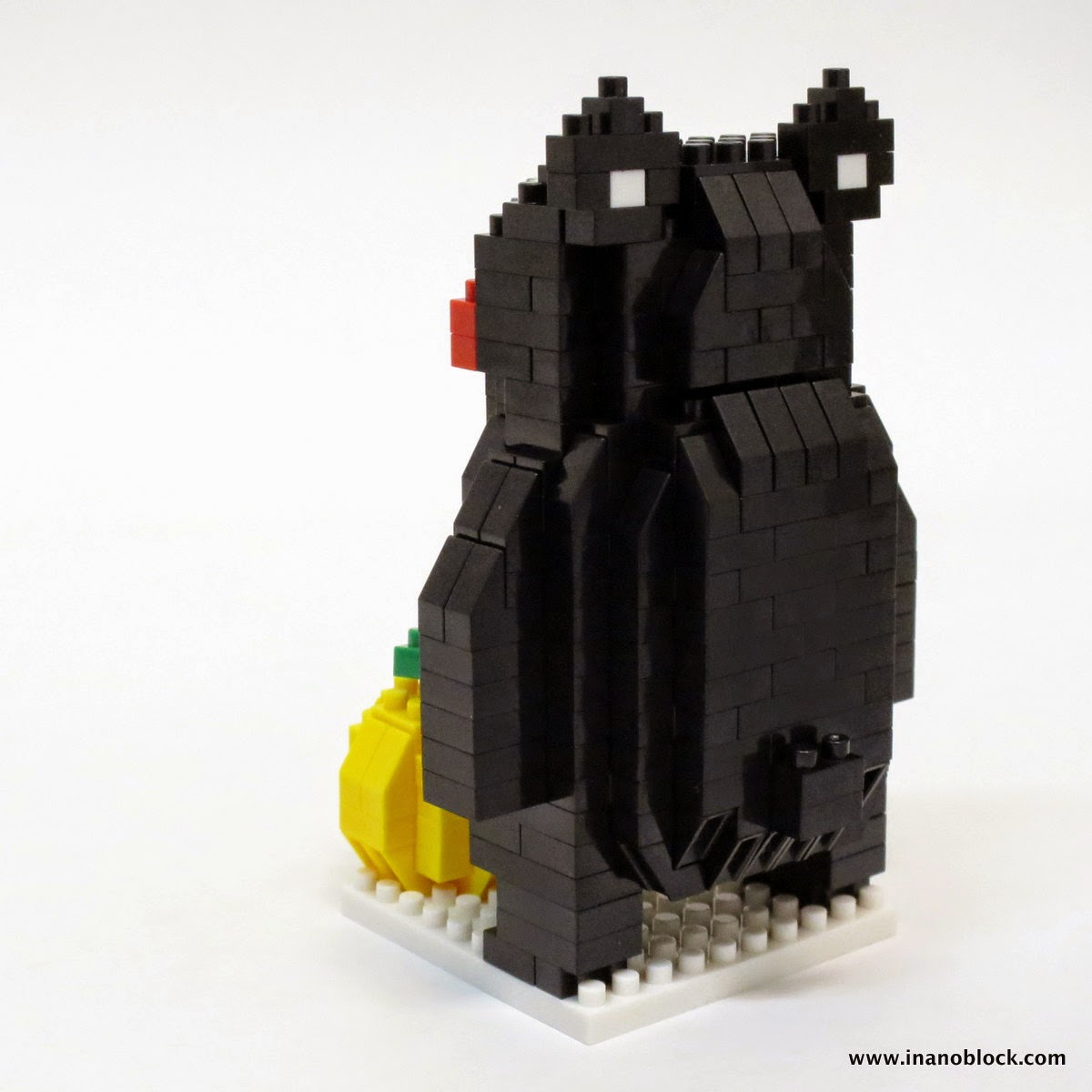 For custom builders, this set is also cool because it comes with a lot of the black and yellow angled-bricks.

Posted by Chris Nanoblock at 10:00 am