Price: Not Available in Malaysia 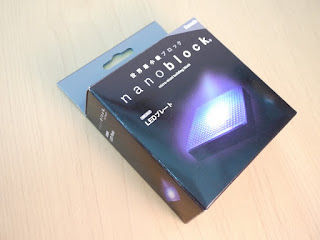 The nanoblock LED Base plate is a 20 x 20 clear plate with 3 LEDs positioned near the center of the plate, powered by 3 AAA batteries. The three LEDs are in red, green and blue, and it slowly transitions   between the three LEDs when turned on. 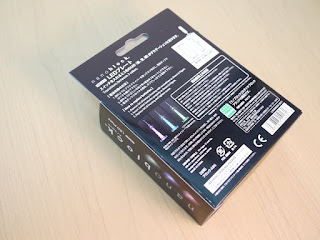 There is only one switch on the side that lets you turn it on or off. Unfortunately, you have no control over which particular colour LED to turn on.  Here is a video of how it looks like when it is on.

This base plate was originally designed to be used with the Tokyo Skytree nanoblock set, but you can find other creative uses for it. In the photo below, I removed the bottom of the nanoblock Jack-O-Lantern and placed it on the LED base plate. 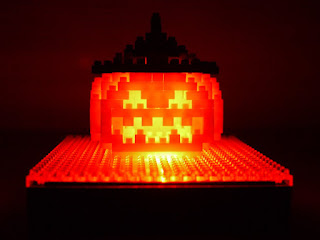 This nanoblock LED Base plate is only officially available in Japan, though some parallel importers in some countries may import it.  I bought mine online from Plamoya.  You can also find it in my Amazon.com store.

Posted by Chris Nanoblock at 10:29 am